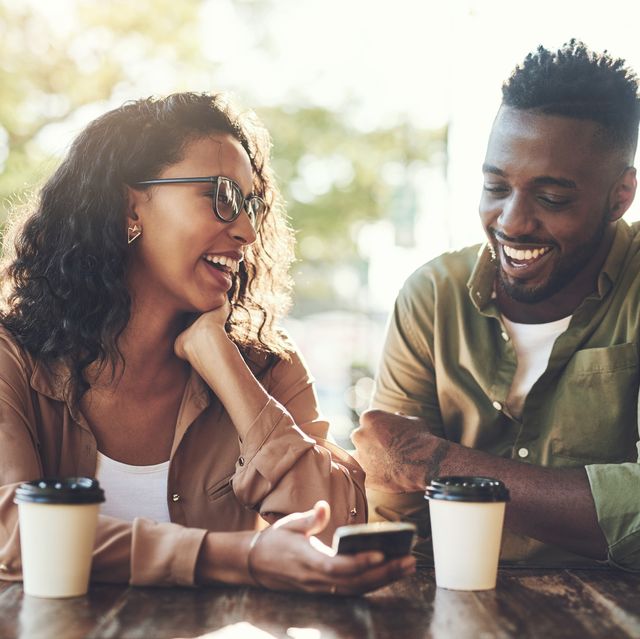 The COVID-19 pandemic forced a worldwide lockdown. Many countries required citizens to quarantine to slow the spread of the coronavirus. There was no longer any common human interactions. When people weren’t allowed to see people physically, the only source of “dating” was virtually. While it’s hard, I discovered some tips to make the most of your dating life during the pandemic.

While the pandemic is very much so still present, many states eased up on the social distancing restrictions. There are more safe ways to date than in the previous months. I recommend more creative dates, now that the basic movie and dinner date can be harder to arrange.

A great date idea is setting up a picnic, depending on the weather. Romantic picnics are a great way to enjoy nature, have intimate chats, and show your creative sides. Choosing a location with a nice view, by the water, or even in a local park would make for a great picnic. I suggest brining a card game, or come up with some creative talking points to get to know your partner better.

One activity that’s gotten more popular since the pandemic is hiking. This date is for people looking to do something fun and adventurous. There are quite a few hiking trails within the DMV area, and I’m sure there are some in surrounding states. Not only is it adventurous, but hiking with a partner can be a team building exercise.

Stay Safe and Be Realisitc

At the end of the day your safety comes first. I know sometimes we have the urge for social gatherings and interactions, but we must be realistic. If you plan to see your partner for a date, and you just went to a pool party with 50+ people, maybe it’s not the smartest idea. Not only is it selfish but it’s inconsiderate to spread those germs unto a partner. If you plan to be physical please make sure this is also done in a safe manner. If need be, you and your partner can regularly get COVID tests.

We all have to adjust to the new social norms, but my biggest piece of advice is to remain patient. Everyone has different comfortability levels of social distancing and their overall safety. Some may feel comfortable eating at restaurants, while others may not. It’s important to be respectful to your partner’s comfortability level surrounding the virus. I would recommend meeting in the middle and finding a way to date whether that be virtual or in person. You have to decide which form of dating works best for you and your partner.

Your community, family, and close friends can play a huge part in your values and ideals. It’s not uncommon to allow the people closest to you to have an effect on your views on certain people and lifestyles. For myself and many other people within the black community, I have witnessed homophobic slurs or overall uncomfortability with the LGBTQIA community by my relatives and close friends. But why is this so prominent amongst a marginalized group of people?

When I’ve asked some relatives or close friends why they don’t support the LGBTQIA community, their first response was religion. They usually would quote bible verses and explain to me that “God made Adam and Eve to procreate” or “Gay people will not be accepted into the gates of heaven.” But I always wondered why this so called “sin” of being gay outweighs the other sins of lust, greed, wrath, envy, and pride.

Now don’t get me wrong, I’ve been a Christian my whole life and have a great relationship with God, but this justification seems morally wrong. God wouldn’t want us bearing hate within our hearts to anyone, gay or straight. This dislike is something that is taught and passed down to the coming generations. We need to leave it up to God to decide whats morally wrong, and not speak for him by justifying personal uncomfortability with the bible.

In the current times of Black Lives Matter and overall civil unrest in the protesting of police brutality, we as a community shouldn’t be discriminating amongst another community of people. After the killings of Breonna Taylor, George Floyd, Oluwatoyin Salau, and many other African Americans, the Black Lives Matter hashtag and motto has developed increased attention. The hypocrisy in that is we say that black lives matter, but don’t believe that queer black lives matter too.

The black community sometimes has a habit of forgetting about the LGBTQIA community. We can’t preach about police, racists, and white conservatives treating us with the utmost respect, and not putting stereotypes on us, if we have similar behavior towards the LGBTQIA community. Not only do black queer people have to face the discrimination of their race, but some have to struggle with the discrimination of their sexuality amongst the black community which they also belong.

Rejection of Queerness in the Media

The presence of queerness within the media simply can’t be ignored. There have been people on social media protesting queer people in major roles in tv shows or movies because it’s “inappropriate for children”. We cant censor a community that is prevalent and has been around for years. Just like we never thought we would see the day that a black person would be in a major TV role, that accomplishment is life changing for members of the queer community. The black community and the queer community are both underrepresented, and we must join forces and fight for the same mainstream recognition that the majority receives.

The best thing we as a black community can do is to educate ourselves and have the utmost respect for the community. I’m not saying everyone has to be an ally or attend the next pride parade, but we can do more to show our support. We can’t tolerate or participate in the homophobic slurs or be a bystander for the senseless murders and beatings of members of the LGBTQIA community. We simply cannot continue to ignore it, because their community isn’t going anywhere. We must acknowledge and give their community the respect they deserve. 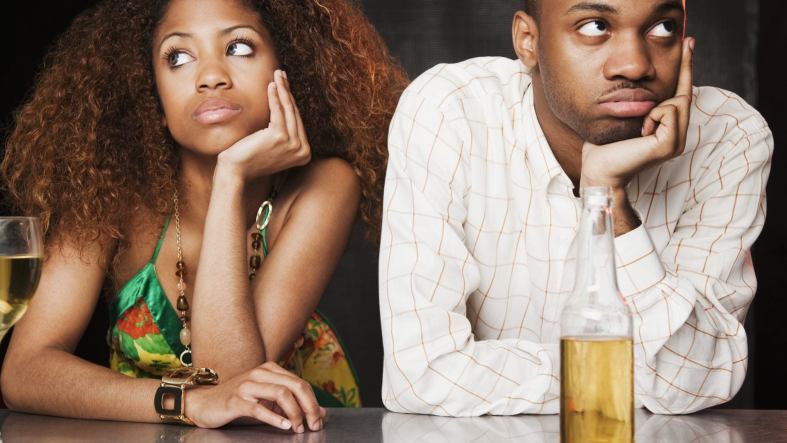 I think almost everyone has been at a point in their dating life, where they felt they were on a merry go round that never stopped. Im sure we all have had intentions that we set for a new person that we were dating that wasn’t always met. But why is that?

Often times, people aren’t communicating their intentions properly upon meeting someone new. In my opinion, your intentions should be communicated before the first date. But, as long as it’s communicated in the early stages there shouldn’t be room for confusion or any miscommunication.

A major reason for people failing to communicate is usually because they’re assuming that their intentions would be opposite of the person they’re dating. We have to understand that we must always be on the same page and have the same intentions as people we choose to date. If you personally want something casual then SAY THAT. Who’s to say that your partner/friend doesn’t want the same thing. And if they don’t want the same thing, give them that freedom to make the decision if they want to continue or bounce.

You should feel comfortable expressing your feelings to your partner. The biggest mistake a person can make is bottling it in, because when it finally comes out its not pretty. I understand it’s easier said than done, but it’s something that we all could work towards. It can be extremely hard to have a romantic partner who isn’t emotionally available.

Communicating your love language with your partner can help with your overall communication. The five love languages are words of affirmation, acts of service, receiving gifts, quality time, and physical touch. Everyone has a distinct way in which they receive love. You want to find ways to make your partner happy and ways to love more effectively.

Communication isn’t something that can be fixed over night. But I challenge those that are single/dating and those in relationships to evaluate ways they can communicate better to their partner/friend. I also recommend everyone take the love language test online, to see the proper way they receive love.

For many recent graduates getting a job straight out of college can be a struggle. For the graduating class of 2020, it’s even harder finding a job after the COVID-19 pandemic left many employers hesitant to take on new hires. Now months after graduating, there are many recent graduates who are beginning to feel discouraged about not having a job.

Post grad depression is a common phase for recent graduates who are struggling to find jobs, and lose a sense of purpose in one of their biggest life transitions. Many college students have the idea they’ll get their full-time offer straight out of college and their new apartment, but sometimes life and even a pandemic can get in the way.

As a recent graduate who also found herself slipping into a post-grad depression with the trying job search, I wanted to share some ways to overcome the feelings of self-doubt and how to gain motivation:

1. Stop comparing yourself to your peers, what’s for you will BE for you

I know with social media it’s easy to see your followers getting their full-time offers and moving into their brand new apartments. However, the worst thing you can do is compare yourself. Everyone has a different purpose in life, and different paths to get to their goal. We should celebrate the accomplishments of those closest to us.

2. Make better use of your time

If you really want a job, it should be your top priority. So as much as we love our sleep, we have to wake up earlier so that we can get more things accomplished in a day. Remember we are sleeping to live not living to sleep.

3. Revamp your Linkedin and professional portfolios/resume

Now is the perfect time to revamp your resume, and make yourself more marketable on Linkedin. You now have the free time to connect with recruiters and build connections virtually. You should come out of this pandemic with your profile up to date and letting recruiters know you are a force to be reckoned with.

4. Find a new hobby/skill that brings you joy

A big mistake that many recent graduates do in their job search is wake up, eat, apply to jobs, eat, apply to more jobs, eat, and sleep. We often forget that we must also do the things that make us happy. Whether that be trying a new DIY home project, trying a new hairstyle, or even learning a new language. We have to maintain some normalcy especially during this pandemic.

5. Manifest and pray for your life goals

Prayer and manifestation goes a long way in reaching your goals. Not only do we have to believe it, but we must speak it into existence in order for it to come true. We have to have faith and rely on God’s timing. I know it may feel like you’re applying to jobs everyday and not getting the results you would hope for, but I strongly believe that we will all get through this accomplishing our career goals.